December 31, 2020
Here are the seven most popular sermons downloaded this year.  It was a year that favored end-times studies, though our most popular always seem to be those dealing with marriage and family.  It is also interesting that the first six entries are only from January and February, with the last item being from April. It's a blessing and a privilege to preach and teach God's Word, and I hope you come to know the Lord and His ways more in  2021. The first two are from January 2020, from our Ephesians series, when we were still at Perkins: 1.  The Loving Headship of Husbands | Ephesians 5:26–33 It's only in Christ that we see precisely the kind of love men should share with their wives. We can divide the lessons in this passage into two parts: Husbands must love as Christ does (vv. 25–30) and wed as Christ does (vv. 31–32), with v. 33 serving to sum everything we've studied concerning marriage. Unfortunately, we won't be able to get through all this passage today, so for p
Read more

Overview of the Situation with FBC Naples 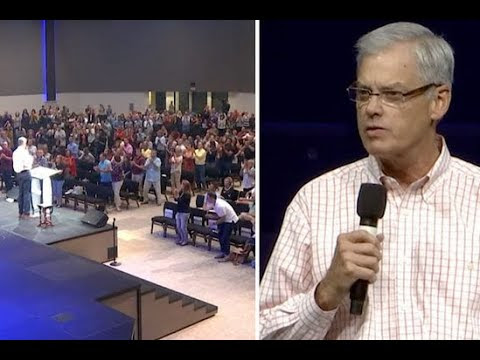 Here is the video I mentioned this morning in my sermon.  This arose about a year ago and still hasn't been resolved.  A group called Enemies Within the Church created a mini-documentary covering the events: If you are curious as to some of the recent fallout, here is Jon Harris engaging in an extended roundtable discussion: For more video content, here is the Sword and the Trowel broadcast discussing the situation a year ago, after the news broke: Finally, here is the Conversations that Matter video from earlier this year discussing the same:
Read more

More thoughts based on 1 Timothy 5:12

December 02, 2020
At the same time they also learn to be idle, as they go around from house to house; and not merely idle, but also gossips and busybodies, talking about things not proper to mention. As I was working through this passage, this verse made me think about some of what we see with discernment blogs and ministries.  I’m in favor of them in general because they can provide a valuable service to the church.  Yet, not all is good with them. For instance, we sometimes see them dipping into tabloid-like reporting.  They may follow a questionable teacher so closely as to judge personal activities, many of which are insignificant to the evaluation of the individual or ministry in question.  Unless there is some disqualifying sin to discuss (like a husband leaving his wife for his secretary), there’s little reason for extending commentary beyond evaluating public teaching. More to the point, much of what gets posted in the “survivor blog” community is often speculative, tawdry, and slanderous.  Yes,
Read more

Calvin on using 1 Timothy 5:9-12 as a prooftext for monastic vows

November 29, 2020
As I mentioned in my sermon this morning, the Roman Catholic Church uses this passage as a proof text about a monastic vow of chastity.  Calvin on this vow: “The attempt of the Papists to support, by means of this passage, a vow of perpetual celibacy, is absurd. Granting that it was customary to exact from the widows an engagement in express terms, still they would gain nothing by this admission. First, we must consider the end. The reason why widows formerly promised to remain unmarried, was not that they might lead a holier life than in a state of marriage, but because they could not, at the same time, be devoted to husbands and to the Church; but in Popery, they make a vow of continence, as if it were a virtue acceptable to God on its own account. Secondly, in that age they renounced the liberty of marrying at the time when they ceased to be marriageable; for they must have been, at least, sixty years old, and, by being satisfied with being once married, must have already given a p
Read more

Review: From Forgiven to Forgiving: Learning to Forgive One Another God's Way

From Forgiven to Forgiving: Learning to Forgive One Another God's Way by Jay E. Adams My rating: 4 of 5 stars This is an excellent resource on understanding forgiveness. Adams provides not only a full explanation of what it means to forgive and seek forgiveness from several angle, he also gives us many helpful correctives. He also emphasizes that the concept of forgiveness must begin with God and the gospel, a point which raises this book from mere moralism to a devotional aspect of our lives. It's challenging at times, and again, a great resource. I not only recommend it, I plan to use it as the basis for a brief topical series. View all my reviews
Read more

Review: Leadership for Women in the Church

Leadership for Women in the Church by Susan Hunt My rating: 4 of 5 stars This book is written from an overall biblical perspective on the question of women and ministry. While the title might cause one to assume encouraging women reach for leadership roles within the church, the authors take the perspective that women can lead and serve from where they are. Such a perspective is important for all Christians to hear, and it is certainly encouraging for women seeking to use their gifts and talents to the glory of God. Readers looking for a discussion on gender roles within the church or arguments for and against the ordination of women to ministry will have to look elsewhere. Again, this book is more about encouraging women to serve within various layperson capacities within the local assembly. Indeed, there is a bit of self-confidence building thrusts within the book that I'm not particularly a fan of, but some might find helpful. Hunt and Hutche
Read more
More posts