Initial Reflections on Joseph of Arimathea 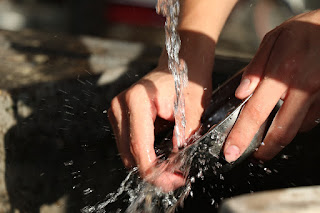 It’s not a sin to be religious.  Here is a man, like Paul, who is a Pharisee and yet a believer.  The problem Jesus called out in the Pharisees and the Sanhedrin was hypocrisy — claiming to follow God and displaying piety while holding onto unrepentant pride and worldliness.  In the case of Joseph, we are reading about a man who is concerned with cleaning both the outside and the inside of the cup!

It’s not a sin to be powerful.  This was a man of true religious conviction who also held authority.  He was a member of the Sanhedrin and a prominent one at that.  He even used his influence to dissent and not condone the death of Jesus.  It may be that Joseph’s position is what swayed Pilate to turn over Jesus’s body.  Just as the Scripture calls on elders to rule “well,” God allows men authority that requires righteous execution.  He was concerned with the kingdom of God, not building his own fiefdom.

It’s not a sin to be wealthy.  If Joseph had not made his family tomb available, then it’s possible that there would not have been a grave available for Jesus.  If money is not an idol in one’s life to be served and worshipped, it can be used for the glory of God, as it in the burial of Christ.
authority devotions Kingdom Pharisees and Sadducees religion wealth